The last two weeks, I’ve put together a summary video of Humboldt cannabis news that isn’t making the papers or isn’t exactly traditional news but is valuable to know about as we move forward into a regulated industry. This is the second video! I’ve included links below the video.


Cannabis Conciousness News from Kerry Reynolds may also follow up on CGA Humboldt’s lack of existence. I have not received an official response from Hezekiah Allen, the CGA Executive Director. 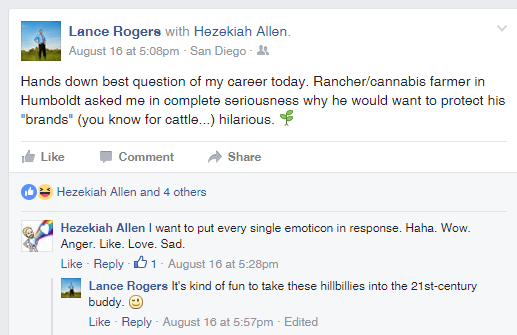